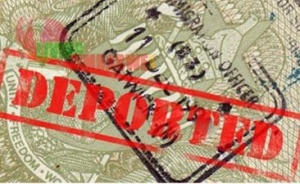 ( Collapse )
Editorial board of Waynakh Online received a letter of European Parliamentarians which is addressed to Slovakian Minister of Justice on regarding the extradition of two Chechen asylum seekers, Anzor Chentiev and Ali Ibragimov.

We were recently informed about the decision taken by the European Court of Human Rights in Strasbourg to lodge the complaint of Mr. A. Chentiev and Mr. A. Ibragimov vs. Slovakia as inadmissible. This complaint drew our attention, as these two Chechen citizens await extradition to the Russian Federation. Mr. Chentiev and Mr. Ibragimov decided to address the European Court of Human Rights to prevent their extradition as they fear to become the victim of ill-treatment and torture in Russian prison, which might eventually lead to their death.

We regularly receive information on the situation in Russian prisons, on the general situation in the North-Caucasus and on the jurisprudence of the European Court of Human Rights. All this information prompts us to address to you with the request to reconsider the extradition of the two persons concerned. Based upon our information we believe there is little chance to a fair trial or to the well-treatment of Mr. Chentiev and Mr. Ibragimov.

We also received the letters of the Norwegian Helsinki Committee and of Mrs. Svetlana Gannushkina addressed to you, and we fully subscribe their argumentation.

As members of the European Parliament, dealing with questions of human rights in the Russian Federation and with questions of refugee protection in Europe we strongly recommend you to examine the risks for both Chechen citizens in case of extradition. We are aware of the fact that any extradition request needs to be investigated thoroughly, but the extradition requests from Russia concerning individuals of Caucasian origin need special attention, as the Russian judicial system has shown that people from Caucasian origin are often, if not always, victim of unfair trials, of ill-treatment and torture and of unsolved deaths or disappearances.