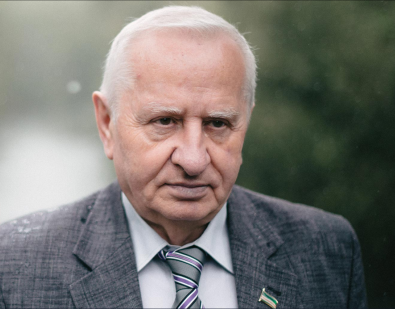 
Dear Ladies and Gentlemen,
I urge you to pay attention to this Address, as it is of crucial importance for understanding the roots of the Putin regime’s evil intentions to undermine the world order.

Let each of you draw their own conclusion, according to your conscience

Let me explain from the very beginning.

As a result of the crackdown on the Chechen Resistance in an unequal and bloody Caucasian War 1780 – 1859, Chechen people was forcibly incorporated into the Russian Empire. This fact was the "historical justification" of the Russian authorities’ self-proclaimed “right” to possession of the Chechen country. This “right” of the Russian consequent authorities – Imperial, Soviet, and current - "entitles" them to grossly violate the rights of this tiny, freedom-loving nation.

The true sons and daughters of the Chechen people in any time have not reconciled with the colonization and the attempts of the Russian authorities to keep the Chechen people’s "rights" as second-class people, “justifying” such treatment under different pretexts and labeling all the Chechens who resisted slavery. Unshakable commitment of the Chechen people to equality and freedom is being played by Russian rulers to their advantage: in order to deliberate escalation of the war, or to instill infighting between the Chechen clans, or otherwise for political, economic and other interests, as well as for gaining impunity in murder of the best sons and daughters of Chechen nation, who did not want to live in slavery

One of the most insidious methods of Russian political strategists is to use the formula of "divide and rule", being perpetrated through special services’ agents of influence. This formula has been implemented to justify their bloody "restoring constitutional order" and "counter-terrorist operation" in Chechnya, during which tremendous crimes were committed: two aggressions, genocide, crimes against humanity and war crimes. Russian State perpetrates terror against civilians CRI, which continues with no end in vision. During this bloody war, from its very beginning, Russia has been manipulating its own Constitution, international law. Russia acts according to the "laws of force" destroying the world order and values accumulated over the centuries by human genius.

Despite all this, the high international organizations, politicians and the international community, for various reasons, did not want to compromise relations with Russia. Thus, the international bodies have ignored and continue to ignore their international obligations and failed to protect the rights of the Chechen people, limiting their reaction to expressing “concern” over the massive bloodshed. Operating basically from a position of "political expediency", the international bodies considered as “Russia’s internal affair” massive killing of ¼ Chechen civilians, as well as other bloody crimes and gross violations of the international and Russian law, in fact recognizing the "right" to kill with impunity. The political and military forces of Russia, under the former KGB colonel Vladimir Putin rule skillfully played out this “right”. They used tested in CRI vile methods to justify their crimes, laying the blame on the victims of their crimes, and committed new bloody crimes: against Georgia, Ukraine, Syria and continue to commit crimes against their political opponents in Russia and far beyond its borders. This is a direct outcome of letting Russia go unpunished for the carnage in the CRI, which was conceived with far-reaching and insidious objectives and perpetrated in full view of the international community.

Putin began his bloody campaign with orchestrating of incursion of a group of Chechen warriors in Dagestan, followed by the FSB-organized bombing of apartment buildings in Russian cities in September 1999, in which agents of the FSB played a main role. Blaming these heinous acts on “Chechen terrorists” , Putin pledged on the Russian TV "to flush the terrorists in shithouse," what in criminal jargon referred to the killing of citizens of CRI. This calling for the total murder is itself a grave crime, but inaptness of the international bodies allowed Putin to go further the path of bloody crimes. Political and military forces of Russia supported Vladimir Putin; they altogether raised the poisonous root of all evil, feeding it with human blood. This root gave its first fruit in Chechnya, where "parents" gave it name – terrorism and created conditions for its abundant growth. Now, these fruits are distributed all over the world, making the international relations more and more tense. The fight against international terrorism is expanding its boundaries and can continue as long as artificially grown by Russia in CRI root of evil is being fueled by blood and human suffering.

The international community and politicians are now finally beginning to realize what a terrible mistake was their failure to stop Russia in Chechnya. In attempt to stop Russia’s aggression, they impose limited sanctions against top Russian oligarchs and officials, but to little effect. Nevertheless, under the influence of Russian propaganda which labeled the entire Chechen nation “terrorists”, the international bodies, including PACE, continue covering up the crimes committed against the Chechen people. However, in order to stop the criminals they must be held accountable for their crimes, individually and legally. Only in this case justice can prevail and the world order be restored.

To achieve this, an independent international investigation is necessary to uncover the massacre and other horrible crimes committed by the Russian political and military forces against the Chechen people. Only justice can neutralize the root of all evil.

The International Association "Peace and Human Rights" prepared statement and documents for the initiation of criminal proceedings against the political and military forces of Russia, led by Putin, for already committed, and the ongoing crimes against the innocent civilians of CRI. These documents will be delivered personally to the Prosecutor General of the ICC. To ensure we won’t be ignored as usual, we have created a "movement for peace, the rule of law and justice" and organized dozens of support groups around the world.

Russia has signed the Statute of the ICC on September 13, 2000, but until 2016 had not ratified it. On November 16, 2016, President Vladimir Putin signed a decree on Russia's refusal to participate in the Rome Statute, hoping to avoid the imminent trial. Thus, the Russian political and military forces are trying to avoid accountability for their crimes, refusing to recognize the International Criminal Court. But if justice is still alive, the perpetrators of heinous crimes must stand trial, whether they want or not. ICC has an option to initiate a criminal case against Russian criminals on the UN Security Council decision, but it seems impossible since Russia has veto power. Another option for ICC to open the trial is proprio motu system, based on information from victims, non-governmental organizations or other sources that the ICC considers appropriate - (Article 15).

We understand that, as far as Russia ignores the international law, even ICC does not have enough will and influence to use their own power to apply the system proprio motu for Chechen case. So we turn for help and support to PACE members, the international community, journalists, state and public figures, the highest international organizations, and all supporters of the rule of law and justice.

Ladies and Gentlemen, do not ignore our calls for objectivity and fairness. We urge you to be consistent to your international obligations to protect human rights and international law. We call upon you: Support our legitimate demand for an independent international investigation of the Chechen issue and bring the killers and criminals to justice for their crimes against the civilian population of Chechnya. This way you have the opportunity to stop the spiral of crime in the world.

Ladies and Gentlemen, the PACE members, we appeal to each of you: please set up a support group for the peace movement, the rule of law and justice. Another option is to declare your support through the press, or any other way you can. The Peace march to ICC will start as soon as weather conditions permit. Your answer please send on E-mail: miriprava@hotmail.com