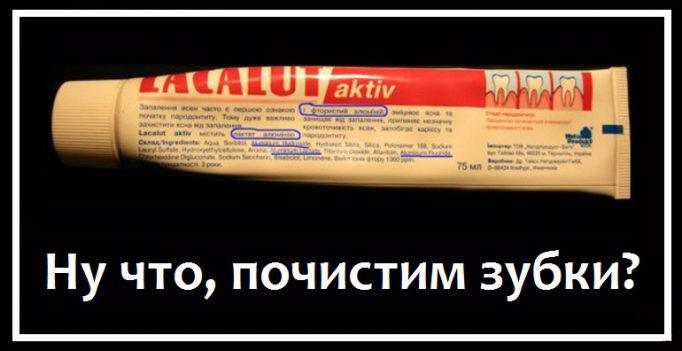 STORY AT-A-GLANCE
In 2010, a study once again found, contrary to what most people have been told, that fluoride is actually bad for your teeth. The study found increased fluorosis risk among infants fed infant formula reconstituted with fluoride-containing water, as well as for those using fluoridated toothpastes
The CDC responded by issuing a warning on their website to parents of infants about the risk of fluoridated water and fluorosis. However, they continue to deny the severity of the problem, calling fluorosis "cosmetic only"
Fluorosis can damage not only your teeth but also your bones and other tissues. It is simply more visible on your teeth

Countless studies have shown the damaging health effects of fluoride, from brain damage and lowered IQ, to hyperactivity to impaired thyroid function, and even cancer
Find out what you can do to decrease your fluoride exposure from your drinking water and foods, and how you can support the Fluoride Action Network in advocating against water fluoridation
By Dr. Mercola

It was 2007 when the American Dental Association (ADA) first warned that parents of infants younger than a year old "should consider using water that has no or low levels of fluoride" when mixing baby formula, due to concerns about fluorosis. Exposure to high levels of fluoride results in a condition known as fluorosis, in which tooth enamel becomes discolored. The condition can eventually lead to badly damaged teeth.

Then, in 2010, the Journal of the American Dental Association published a study1 that once again found, contrary to what most people have been told: fluoride is actually bad for your teeth. The study showed increased fluorosis risk among infants who were fed infant formula reconstituted with fluoride-containing water, as well as for those using fluoridated toothpastes.

"Results suggest that prevalence of mild dental fluorosis could be reduced by avoiding ingestion of large quantities of fluoride from reconstituted powdered concentrate infant formula and fluoridated dentifrice."

The U.S. Centers for Disease Control and Prevention (CDC) has also followed suit, warning on their Community Water Fluoridation page2 that mixing powdered or liquid infant formula concentrate with fluoridated water on a regular basis may increase the chance of a child developing enamel fluorosis. They also state:

"In children younger than 8 years of age, combined fluoride exposure from all sources-water, food, toothpaste, mouth rinse, or other products-contributes to enamel fluorosis."

This is as far as the CDC warnings go, however, and they insist water fluoridation is safe -- and dental fluorosis is only a "cosmetic" problem. In reality, neither of these assertions is true. In fact, the CDC calls fluoridation one of the top 10 public health achievements of the 20th century.

Dental Fluorosis Is a Sign of Excessive Fluoride Intake

Dental fluorosis results in white and brown spots on your teeth. It is only caused by fluoride -- typically due to ingesting too much fluoride during your developing years, from birth to about eight years of age. According to the CDC, about one-third of U.S. children aged 12 to 15 years have very mild to mild forms of enamel fluorosis on their teeth.

Promoters of fluoridation say that these markings are "just cosmetic," but it can also be an indication that the rest of your body, such as your bones and the rest of your organs, including your brain, has also been exposed to too much fluoride. As Dr. Paul Connett, a chemist specializing in environmental chemistry, explained in our 2010 interview:

"We know that 32 percent of American children have been overexposed to fluoride because you have this telltale sign of dental fluorosis, which in its mildest form is little white specs. But when it gets more serious, it affects more of the surface of your teeth and it becomes colored; yellow, brown and orange mottling of the teeth...

The teeth are the window to the bones. If you've seen the damage to the teeth, what damage can you not see?"

In other words, if fluoride is having a detrimental, visual effect on the surface of your teeth, you can be virtually guaranteed that it's also damaging something else inside your body, such as your bones. Bone is living tissue that is constantly being replaced through cellular turnover. Bone building is a finely balanced, complicated process. Fluoride has been known to disrupt this process ever since the 1930s.

Why It's Dangerous to Swallow Fluoride

The United States is one of only eight countries in the entire developed world that fluoridates more than 50 percent of its water supply.

Fluoride is added under the guise that it helps prevent and control tooth decay...

This is in spite of the fact that there has never been any demonstrated difference in tooth decay between countries with fluoridated and non-fluoridated water, and no difference between states that have a high or low percentage of their water fluoridated.

Even promoters of fluoridation concede that the major benefits are topical; fluoride works from the outside of the tooth, not from inside of your body, so why swallow it? The fluoride added to your drinking water is in fact a chemical waste product! It is NOT something you should use as a supplement to your diet.

But we are all supplementing our diets with fluoride, even if we are careful to avoid fluoridated water. As it turns out, many non-organic foods are simply loaded with fluoride due to pesticide residues on these foods. For example, grapes (and of course, the raisins they're made into) are one of the highest sources of fluoride. Even iceberg lettuce can now contain a whopping 180 ppm of fluoride--that's 180 times higher than what's recommended for drinking water.

Surprised? You might be surprised by a few other facts about fluoridation that everyone should know. There are plenty of studies showing the dangers of fluoride to your health, such as:

As far as tooth decay is concerned, this is not caused by lack of fluoride. A review of 11 studies involving more than 7,000 children showed that the effect of fluoride supplements on primary teeth could not be determined, with one study showing no cavity-reducing effect at all. Tooth decay is caused by acids in your mouth, typically created from sugar being metabolized by bacteria (Streptococcus mutans), and as you may already know, the number one source of calories in the United States is high fructose corn syrup.

The acid produced then attacks your enamel. Eventually, the bacteria can get into the dentin, at which point tooth decay sets in. So there are far better options for decreasing tooth decay than using a topical or ingested poison, with a chief one being minimizing your intake of sugary foods and eating a healthful diet.

You typically don't find dental caries in more primitive societies that do not consume vast amounts of sugar like in the United States. For more about the health dangers of fluoride, please take the time to watch this 2012 documentary called Fluoride: the Hard to Swallow Truth.

Make Sure Your Children Are Not Exposed to Fluoride

One of dentist Bill Osmunson's main concerns is water fluoridation for infants. The ADA and the CDC now both recommend that infants NOT receive fluoridated water for drinking, nor for making their formula, as fluoridated water contains 250 times more fluoride than mother's milk. It is my strong belief and recommendation to avoid giving your children fluoridated water. "We shouldn't fluoridate water and harm our most vulnerable," Dr. Osmunson says.

I recommend listening to my interview with Dr. Osmunson in which he discusses dental hygiene in detail. Unfortunately, the only way to ensure your water is pure enough to drink is by installing a high-quality water filtration system in your house, such as a reverse osmosis filter that can filter out much of the fluoride and other dangerous water contaminants like disinfection byproducts (DBPs).

Remember that most bottled water also typically contains fluoride, even though it's not stated on the label, and whatever you do, avoid using "nursery water," which is fluoridated water sold specifically for infants. Fluoride in your drinking water is one more reason why breastfeeding your infant is so essential. Nature has kept breast milk virtually fluoride-free for a reason.

If you are unable to breastfeed and are instead using formula, make sure the water you use is fluoride-free. Again, for now the best way you can provide pure, fluoride-free water to your family is by using a reverse osmosis filter, which you can install in your home. Even better, if you are unable to breastfeed use this recipe to make homemade infant formula using raw milk and no water at all.

Keep in mind also that, if you are a pregnant woman, it is equally important for your water to be fluoride-free, as this chemical can harm your developing fetus. Vitamin D has been found to potentially provide some protection against cavities. Dental caries has been shown to be inversely related to total sun exposure.

The Ultimate Solution Is to Get Fluoride Out of Tap Water

Even though the ADA and the CDC have issued warnings that parents not use fluoridated tap water to make infant formula, neither of them has openly informed the public!

So there are millions of parents out there using tap water to make up formula, oblivious of the fact that the agencies that promote fluoridation in this country have issued a specific warning against using fluoridated water for this purpose.

Not only that, but by fluoridating the municipal water supply you doom many low-income families to fail to protect their young children from this dangerous drug, even if they have this information, as they simply don't have the resources to install a reverse osmosis system.

This is why the only real solution for safe drinking water is to stop the archaic practice of water fluoridation in the United States. Of course, taking steps to reduce chemical pesticides is also necessary to defluorinate the food supply.

The Fluoride Action Network is an absolutely phenomenal resource for further education, and they're doing much to pressure the US government for change. We will be working together to devise a complete game plan to tackle this issue head on. Once we reach the tipping point, which may be as little as five percent of the population, we will be able to reverse the policies of water fluoridation. Since 1990, more than 300 communities have beat fluoridation with a city council or referendum vote to end the practice, with the help of FAN. There are signs the issue is becoming less controversial in the eyes of decision-makers.

Our strategy will begin with addressing Canada, because 60 percent of Canada is already un-fluoridated. If we can get the rest of Canada to stop fluoridating their water, we believe the U.S. will be forced to follow.

You can visit www.FluorideAlert.org for the most recent updates and progress, as well as tips on how you can get involved and take action in this important cause. In addition, I highly recommend getting a copy of Dr. Connett's new book, The Case Against Fluoride, for more information on the bad science and political agendas that got this toxic chemical in our drinking water and is, at least for now, keeping it there.